Myasthenia gravis (MG) is an autoimmune disease. With MG, the immune system targets the communication point between the nerve and muscle (called the "neuromuscular junction"). MG causes weakness in voluntary muscles; this weakness worsens with activity and improves with rest.

The name myasthenia gravis comes from Greek and Latin words meaning "grave muscle weakness." This reflects the situation for patients with MG before the discovery of many of the current treatments. Today, with appropriate therapy, most people with MG can expect to live normal or nearly normal lives. Also, sustained clinical remissions, although rare (10-15% of cases), can happen at any time.

MG is caused by a defect in the way nerves transmit signals to muscles. Normally, impulses travel down the nerve, and nerve endings release a substance called acetylcholine. Acetylcholine binds or attaches to receptors on the muscle and makes the muscle contract. The strength of the contraction depends on how much acetylcholine the muscles receive.

In another form of MG, your immune system produces antibodies to the MuSK (muscle specific tyrosine kinase) protein. This also interferes with the nerve-to-muscle communication and causes muscle weakness.

Although not fully understood, doctors believe the thymus gland likely plays a role in starting the abnormal immune response in some MG patients. This gland, which is large in infancy, is involved in the education and development of your immune system. Usually the gland shrinks and becomes dormant in adults, turning into fatty tissue in the upper chest behind the breastbone. With patients whose MG symptoms begin before age 40, the thymus gland is generally larger than normal, and may be responsible for triggering the immune attack on the neuromuscular junction. Some people with MG develop “thymomas” or tumors on the thymus gland. Generally thymomas are benign, but in rare cases they can become malignant. When a thymoma is discovered, surgery to remove it should be performed.

Physicians aren’t sure what triggers the onset of MG. They suspect there may be a combination of factors. For example, if you have an abnormal thymus gland or genetic predisposition, then an illness or other event that stimulates the immune system could trigger myasthenia.

It is difficult to determine how many people actually have MG because the disease is often undiagnosed or misdiagnosed. However, it’s estimated that there are two to seven people in every 10,000 that have myasthenia gravis (Muscular Dystrophy Association, "Facts About Myasthenia Gravis", May 2006). MG occurs in all ethnic groups throughout the world, and in both genders. According to the National Institute of Neurological Disorders and Stroke, it most commonly affects women under age 40, and men over age 60, but it can occur at any age.

MG is not thought to be directly inherited. It is not contagious. Myasthenia gravis is more common in families with other autoimmune diseases. Sometimes the disease may occur in more than one member of the same family.

If a woman with MG becomes pregnant, sometimes the baby acquires antibodies from the mother and has MG symptoms for a few weeks or months after birth. This is called neonatal myasthenia, and the symptoms can be treated. In very rare cases, a form of myasthenia can be caused by a defective gene and appears in infants born to non-myasthenic mothers. This form of myasthenia is called congenital myasthenic syndrome; it involves problems with the ACh receptors, not the immune system.

Myasthenia gravis can affect any of the muscles that you control voluntarily. It can affect muscles of the face, hands, eyes, arms and legs and those muscles involved in chewing, swallowing and talking. Muscles that control breathing and neck movement also can be affected.

MG does not affect involuntary muscles such as the heart, smooth muscles of the gut, blood vessels, and uterus.

For most people, the first noticeable symptom is weakness of the eye muscles causing drooping eyelids or double vision. In others, difficulty in swallowing and slurred speech may be the first signs. The onset of the disease is usually gradual, but may be sudden. Symptoms may come and go over time. Symptoms often are not immediately recognized as MG, especially if they are subtle or variable.

Symptoms, which vary in type, severity and combination, may include:

Most individuals do not develop all of the symptoms.

Myasthenia gravis is often called the "snowflake disease" because it differs so much from person to person. The degree of muscle weakness and the muscles that are affected vary greatly from patient to patient and from time to time.

While weakness in the eye muscles is the most common initial symptom in MG, in some patients weakness remains limited to the eyes for entire course of the disease. These patients have ocular MG. Others have generalized MG where symptoms are present throughout the body, usually including the eyes. For instance, it may be hard to hold up an arm to comb your hair or shave or put on make-up. With a weakened grip, it may be difficult to open jars. Weak hips may make it difficult to get out of deep chairs or the bathtub. Legs may tire when climbing stairs.

People with MG are more likely to suffer from another autoimmune disease as well. These can include thyroid disease, lupus, rheumatoid arthritis and diabetes. With thyroid disease, an episode of hypothyroidism may trigger a flare-up of MG weakness.

If a person’s ability to breathe, cough, or protect their airway becomes insufficient, it’s called a myasthenic crisis. These patients need mechanical breathing assistance in a hospital for a period of time until their strength improves. While most myasthenics never experience a crisis, those who have trouble swallowing and talking are the ones most likely also to have trouble breathing. Before a crisis happens usually there are progressive warning signs that swallowing, talking, and breathing are becoming compromised.

Myasthenia gravis can be difficult to diagnose because weakness is a common symptom of many disorders. Add to this the fact that symptoms may be vague, fluctuate or only affect certain muscles. And MG doesn’t "perform" on demand; the eyelid that droops at 7 p.m. may not show for a 9 a.m. doctor appointment. Identification may be complicated further when more than one autoimmune disorder is involved. It’s not unusual for a diagnosis of MG to be delayed. 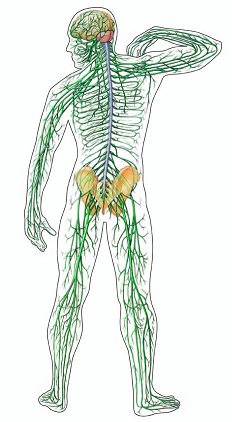 These steps may be taken to confirm a diagnosis of MG:

There is no one foolproof method of diagnosis for MG. Sometimes test results are inconclusive, even when your examination and story seem to point to a diagnosis of the disease. If this happens, it may be appropriate to track symptoms over time until your diagnosis can be clarified. On occasion, some testing is done to rule out other disorders.

With treatment, people with MG have a normal life expectancy. Some combination of medication, thymectomy, and other therapies enables most myasthenics to lead normal or near normal lives. Sometimes people experience remission. However, for some people quality of life is affected significantly - either by severity of the disease or severity of side effects from the medication.

Generally, those who are quickly diagnosed and receive effective treatment have the best outcomes.

The first two or three years of illness are often when the full extent of MG symptoms emerge, and so can be the most difficult. During this time you may need to try a number of different therapies, to see which you tolerate best and which is most effective.

Myasthenia gravis generally doesn’t get worse as you age. And for some, symptoms diminish over time.

What research is being done?

Much has been learned about myasthenia gravis in recent years. Technological advances have led to more timely and accurate diagnosis, and new and enhanced therapies have improved management of the disorder. There is a greater understanding about the structure and function of the neuromuscular junction, the fundamental aspects of the thymus gland and of autoimmunity, and the disorder itself. Despite these advances, however, there is still much to learn. Researchers are seeking to learn what causes the autoimmune response in myasthenia gravis, and to better define the relationship between the thymus gland and myasthenia gravis.

Different drugs are being tested, either alone or in combination with existing drug therapies, to see if they are effective in treating myasthenia gravis. One study is examining the use of methotrexate therapy in individuals who develop symptoms and signs of the disease while on prednisone therapy. The drug suppresses blood cell activity that causes inflammation. Another study is investigating the use of rituximab, a monoclonal antibody against B cells which make antibodies, to see if it decreases certain antibodies that cause the immune system to attack the nervous system. Investigators are also determining if eculizumab is safe and effective in treating individuals with generalized myasthenia gravis who also receive various immunosuppressant drugs.

Another study seeks further understanding of the molecular basis of synaptic transmission in the nervous system. The objective of this study is to expand current knowledge of the function of receptors and to apply this knowledge to the treatment of myasthenia gravis.

Thymectomy is also being studied in myasthenia gravis patients who do not have thymoma to assess long-term benefit the surgical procedure may have over medical therapy alone.

One study involves blood sampling to see if the immune system is making antibodies against components of the nerves and muscle. Researchers also hope to learn if these antibodies contribute to the development or worsening of myasthenia gravis and other illnesses of the nervous system.

Investigators are also examining the safety and efficacy of autologous hematopoietic stem cell transplantation to treat refractory and severe myasthenia gravis. Participants in this study will receive several days of treatment using the immumosuppressant drugs cyclophosphamide and antithymocyte globulin before having some of their peripheral blood cells harvested and frozen. The blood cells will later be thawed and infused intravenously into the respective individuals, whose symptoms will be monitored for five years.